As the United States emerged from the shadow of the British crown, its citizens began to consider its place in perpetuity.  By defeating the most powerful nation in the world, the young republic was swept up in a wave of optimism and national pride.   With the acquisition of the Louisiana Purchase in 1803, that overwhelming optimism was given an outlet as the territory of the United States of America was doubled with the stroke of a pen.  Fueled by religious fervor, ambition and nationalism, idealistic Americans flocked to the wild frontier of the west. 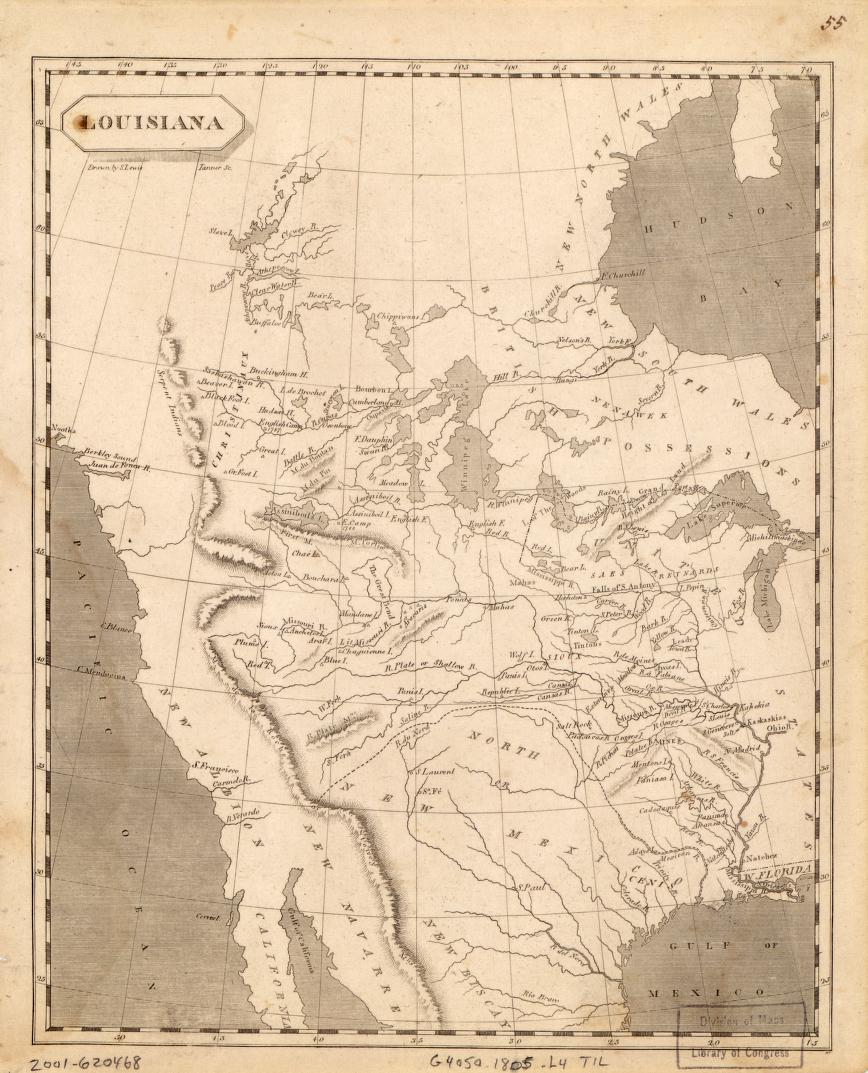 Spurred on by political speeches and pamphlets, Americans rallied to the idea that through the taming and colonization of the vast western reaches of North America, a great democratic republican empire could be forged that would serve as an example to the rest of the world.  John O’Sullivan, the writer who was later credited with coining the term “manifest destiny” (Chiodo 2000: 203), published an article entitled The Great Nation of Futurity in 1839 that provides an excellent example of the national sentiment regarding western expansion. O’Sullivan begins by saying “our national birth was the beginning of a new history, the formation and progress of an untried political system, which separates us from the past and connects us with the future only;and so far as regards the entire development of the natural rights of man, in moral, political and national life, we may confidently assume that our country is destined to be the great nation of futurity.” (O’Sullivan 1839: 426).

This unshakable faith in the future of the young nation also emits a certain amount of arrogance.  The native cultures living to the west of the United States were never considered a part of this great future.  In fact, they were seen as the only factor preventing immediate colonization of the western lands.  Indian Removal was considered vital for the progress of the nation and its citizens.  Native people were swept aside as politicians such as Senator Thomas Hart Benton declared, “The sun of civilization must shine across the sea” (Benton 1846: 918).  Benton’s idea of the United States was as an agrarian republic, devoid of any non-whites. Benton proclaimed that “It would seem that the White race alone received the divine command, to subdue and replenish the earth: for it is the only race that has obeyed it-the only race that hunts out new and distant lands, and even a New World, to subdue and replenish” (Benton 1846: 917).  He also said that “The Red race has disappeared from the Atlantic coast; the tribes that resisted civilization met extinction. This is a cause of lamentation with many. For my part, I cannot murmur at what seems to be the effect of divine law. I cannot repine that is this Capitol has replace the wigwam-this Christian people, replaced the savages-white matrons, the red squaws . . . . Civilization, or extinction, has been the fate of all people who have found themselves in the trace of the advancing Whites, and civilization, always the preference of the Whites, has been pressed as an object, while extinction has followed as a consequence of its resistance” (Benton 1846: 917).  The dehumanization of native people through warped anthropological theories and twisted religious “missions of colonization” ensured that native rights to the land would not be respected as the farms and industry of the United States pushed westward.

Mere expansionist rhetoric quickly turned to governmental action due to the convictions of President Andrew Jackson.  Jackson, a prominent supporter of Indian Removal and mastermind behind the Trail of Tears (the relocation of the native tribes in the old southwest), became the legislative muscle behind manifest destiny.  In his Second Annual Message to Congress in 1830, Jackson proclaimed “What good man would prefer a country covered with forests and ranged by a few thousand savages to our extensive Republic, studded with cities, towns, and prosperous farms embellished with all the improvements which art can devise or industry execute, occupied by more than 12,000,000 happy people, and filled with all the blessings of liberty, civilization and religion?” (Jackson 1830). Once again, the common theme of westward expansion was improvement.  To improve the land left wild by the natives, Jackson, with the support of the citizens of the United States of America, removed native peoples from their ancestral lands and opened up the territories for white colonization.